We have a great bunch of top class tutors working with Guitar Weekends. They’re all awesome players and inspiring tutors with their own unique approach to teaching and helping us mere mortal hobbyists to get better. They’ve also got a great sense of humour and limitless patience.

As professionals, they play any style and can teach all levels of hobbyist/non-pros using their own unique approach. They are great characters and always try their hardest to pass over some invaluable insights as to how to get better on the guitar and enjoy your own playing.

See below for their bios and upcoming courses. 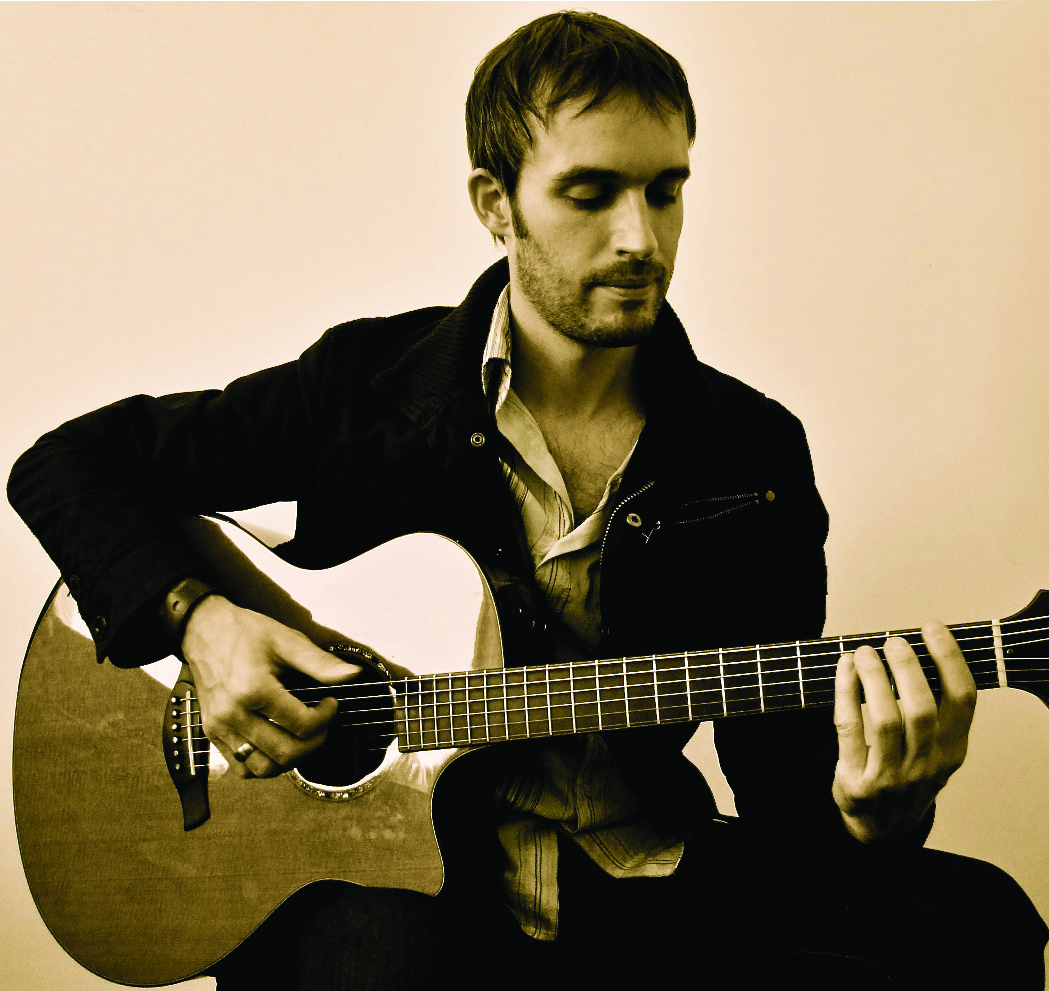 Andy has been working with Guitar Weekends since 2016 when he strode into the Function Room and uncased his guitar and was teaching within 10 seconds! He has a diverse set of courses over the years including: Performance, Rhythm, Arrangement, Improvers, Fingerstyle, and more.

Originally from Carlisle, A.J. began playing guitar at age 12. While interested in all styles of music it was in classical guitar that A.J gained his BPA (hons) from Leeds College of Music. In 2006 he moved to London and has since performed regularly in some of the worlds most famous venues from The Royal Albert Hall, The Sporting Club in Monte Carlo to the People’s Theatre in Shanghai.

Jamie started with us in 2015 and has run a diverse set of courses including: Rock, Rhythm, Own a Jazz Standard, Blues to Jazz, Intro to Gypsy, Blues Primer, Improvers and many more as well as Festival workshops.

He’s a graduate of the Guildhall School of Music and Drama in London and won BBC Radio’s 2001 Guitarist of the Year. He’s very active in London’s West End and regularly plays the Book of Mormon and Beautiful, having previously played Thriller Live and the UK premier of The Color Purple.

Recently returned from European/USA tour with Roisin Murphy and has has featured live and on-record with a multitude of other artists including Tokio Myers, Una Healy, Will Young, Nell Bryden, Simple Minds, Jools Holland, Melody Gardot, Kid Creole, and many more.

As a composer and his guitar playing and arrangements have featured in many dramas and film scores around the world and frequently contributes to international radio & TV.

Jamie also leads his own band and performs frequently as a soloist around the UK; these vituosic live shows explore his interest in the gaps between various genres. 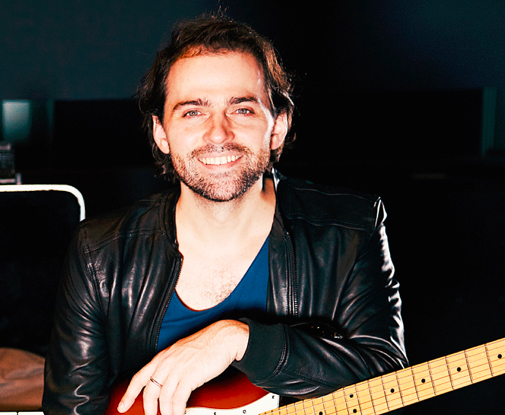 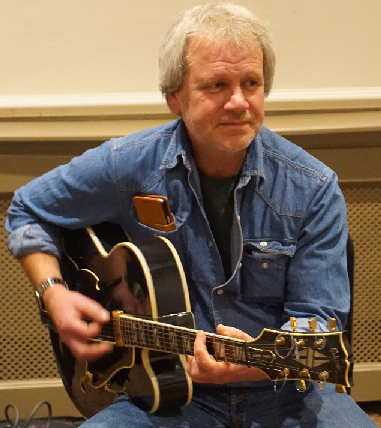 Lin is our longest-serving tutor at Guitar Weekends. He’s ran most courses including: Strugglers (our entry-level special), Improvers (it’s the follow-on to Strugglers), Acoustic Folk, Intro to Fingerstyle, Intro to Jazz, Chord Harmony and many more.

Lin has performed in a wide variety of both live and recorded settings throughout the UK and Germany, ranging from solo classical guitar work through to performances with a forty-five-piece orchestra, as well as small group jazz, folk, rock, blues and country. He is a former principal guitarist in the Mantovani Orchestra (UK).

He has been a guitar teacher for 30 years, of which 19 have been with Guitar Weekends. While maintaining a career as a performer, as a passionate educator he chose to concentrate his studies on developing a guitar and music theory teaching style that was founded upon a considerable wealth of knowledge.

As an accomplished author, he was a regular columnist for Acoustic Magazine as well as articles for American Profile, Just Jazz Guitar and Vintage Guitar magazines in the USA, and the music journals of the Registry of Guitar Tutors and the Banjo-Mandolin-Guitar Federation in the UK. In addition, he is the author of Moonlight in Vermont: The Official Biography of Johnny Smith; and he’s currently working on a collection of transcriptions of Johnny’s celebrated chord-melody arrangements.

This is now full – go on the Waiting List as a standby. If you’re interested in acoustic fingerstyle then check out the Acoustic Legends with Stuart Ryan.

Stuart started working with Guitar Weekends in 2017 and has covered courses such as Americana, Acoustic Blues and soon Acoustic Legends.

As a composer Stuart’s fingerstyle guitar work has appeared on TV shows around the world, most prominently on several programmes for the UK’s Channel 4.
He writes tutorial columns for Guitar Techniques and Guitarist Acoustic magazines each month and was a featured contributor to both the Rockschool and London College of Music guitar exam syllabuses. Stuart has released two albums of solo guitar music and 2 books of fingerstyle guitar arrangements, ‘The Tradition’ and ‘The Heritage’ with the former being described as ‘Essential’ by Guitarist magazine.
In addition to composing and recording he tours as a clinician for Takamine Guitars and has shared the stage with modern guitar greats Jon Gomm, Thomas Leeb, Martin Taylor MBE and many others.
UPCOMING COURSES (Woolverton, North Somerset):
15 – 17 Nov            Acoustic Legends
https://www.stuartryanmusic.com/ 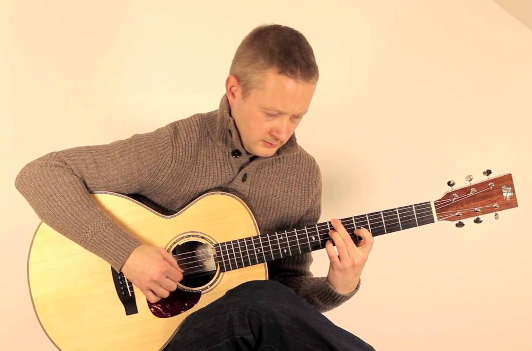 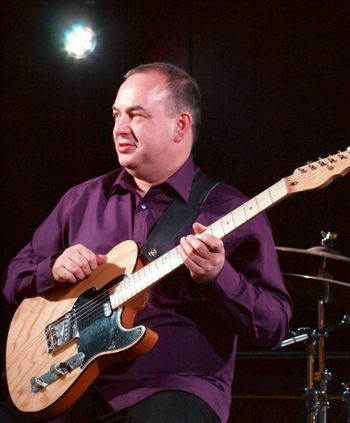 Lee has been working with Guitar Weekends since 2010 and and run courses such as: Improvisation, Americana and Bluegrass, Improvers, Country, Themed (Fender-driven, Licks-rhythms-and-grooves), Intro to Blues, and many more.

Although known as a country guitarist and singer, Lee has in fact played most styles of music, having played jazz-flavoured gigs since the ’80s and a lot of pop gigs too, including tours with No. 1 chart act, Odyssey, in 1980–81. While touring with another chart act, Bobby Thurston, Lee had the opportunity to jam with Stevie Wonder’s Wonderlove. Performing is his passion! Lee Hodgson has played thousands of concerts and festivals including some of London’s most prestigious venues such as Wembley Arena, The Royal Albert Hall, The Jazz Café and O2 Islington. Lee is also a renowned guitar teacher, having taught at London’s Institute of Contemporary Music Performance (ICMP) since 1990. He has authored a book, Hot Country, and his monthly columns and transcriptions were featured in Guitarist and Guitar Techniques magazines for over 10 years. Lee is a featured tutor on many DVD/ streaming tutorials for Lick Library and JamTrackCentral. Lee’s video interviews with guitar legends such as Hank Marvin, Albert Lee, Richard Thompson and Jerry Donahue have featured in an online publication, Guitar Interactive.Lee’s exciting new group, Lee Hodgson’s Infinities aka LHI, plays Latin-tinged smooth (contemporary) jazz.
UPCOMING COURSES:
All finished for 2019 – back next year.

Gary has been with Guitar Weekends since 2003 covering a variety of courses courses including Strugglers, Improvers, Rock, Acoustic Themed, Americana, Rock Themed and many more; he can play anything!

He’s currently teaching music at Harton Academy in South Shields and previously at City of Sunderland College Shiney Row Campus which is the specialist centre for their visual and performing arts courses. His teaching experience also includes an eight year stint at Newcastle College and various workshops in the community in Northumberland. Most of the time teaching a wide range of courses with different levels of qualifications and ability.

He is also involved playing with Martin Stephenson and The ‘Daintees’, a band that he has been involved with since 1985, playing an eclectic mix of styles and having recorded various studio/live albums. His playing experience has also included various T.V. and Radio sessions and lots of gigs and festivals.

Graham has been running Maintenance basic set-up courses for Guitar Weekends since 2015. He covers acoustic, electric and bass and has a wealth of experience on all aspects of gear. 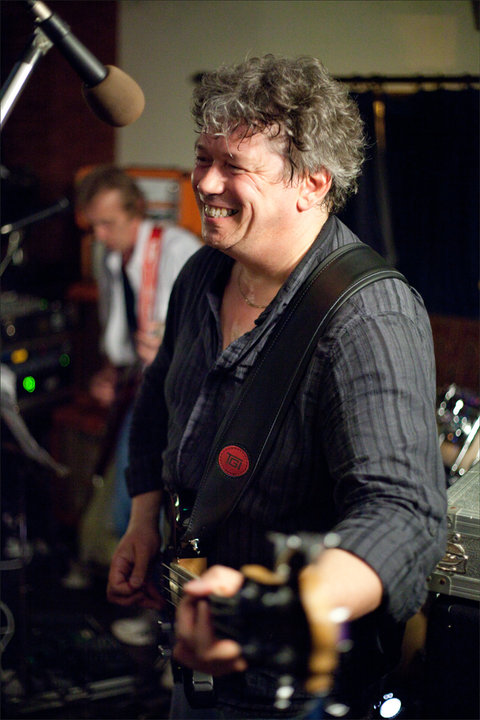